Farmers across the country have been urged to heed a landmark recent court decision about quad bikes which resulted in a Tasmanian farmer being ordered to pay $12 million in compensation to an employee who was injured during a quad bike incident.

The Supreme Court decision means the law is now more clear on what farmers are expected to do with quad bikes on farms, with an employer group reportedly saying the case meant helmets, training and bike maintenance were now crucial.

Farmers have been told to ensure they and their employees wear helmets, maintain quad bikes regularly, including brakes and tyres, and ensure all employees are adequately trained.

An ABC media report quoted Barrister and Primary Employers Tasmania president Glynn Williams: “The judge is saying that the law would hold that person responsible for their own safety and particularly for the safety of any employee on a farm or some other place who might get on a bike without a helmet”.

While, it is not currently legally mandated for helmets to be worn on quad bikes, Mr Williams said this judgement filled a legal gap.

“Whilst there’s been no legislation around these machines, the common law is clearly, in this case, moving in and saying ‘It’s not good enough. You have to wear helmets’.”

Mr Williams explained there were four ways the farmer was found to be negligent, which farmers needed to take note of.

“The second thing was that one of the tyres wasn’t fully inflated, that is, it shouldn’t have been used unless the puncture had been repaired or the tyre replaced.

“Thirdly, and this is very significant, that the employee had not been provided with adequate training and instruction to allow her to ride the quad bike safely.

“And fourth, and perhaps even most important of all, is that she was allowed to ride without being required to wear a safety helmet.”

We Are Proud Members Of: 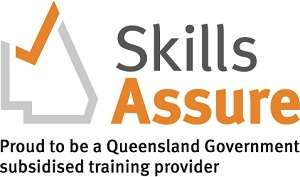